A three-part series recorded in June 1996 at the time of Ralph’s 90th birthday Interviewer: Stephen Johnson.   These are MP4 videos on a thumb drive and very big files. 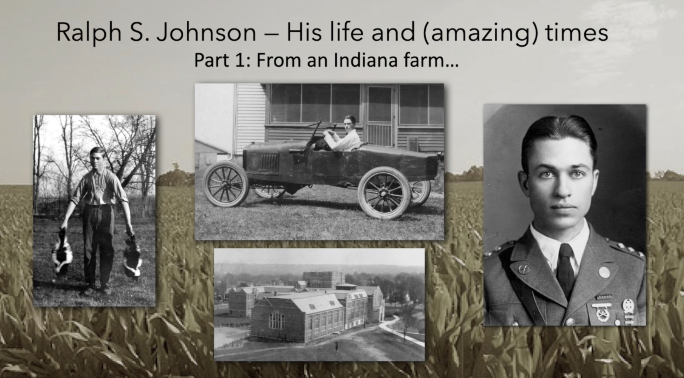 Part 1: Chronicles life on the Johnson family farmstead in the early 1900s, the roots of Johnson’s interest in mechanical engineering, studies at Purdue University, and pilot training in the U.S. Army Air Corps to include an amazing story of how Ralph got his first civilian pilot’s license. Photos throughout are courtesy of Johnson’s personal collection plus public domain and archival imagery.

Part 2: Sky’s the limit — an opportunity to teach ground school at Muncie (Indiana) Aviation leads to a job flying an amphibian for the Ball Brothers and then National Air Transport—soon to become United Airlines. Initially assigned as a copilot, Johnson went directly to chief test pilot status thanks to his engineering degree. Pioneering work in all-weather flight techniques, de-icing, and cockpit coordination followed. During World War II, Johnson oversaw B-17, B-24, and PBY flight testing at United’s Cheyenne maintenance base and flew the Pacific as a United Captain in support of the war effort. Not discussed: Johnson’s post-war work included testing one of the first commercial ILS landing systems as part of a United/Sperry Gyroscope collaboration. 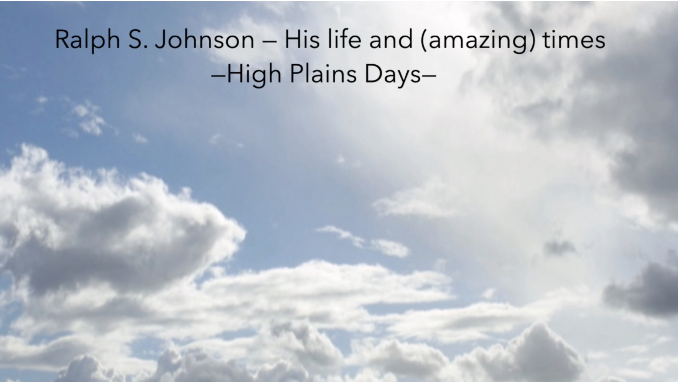 Part 3: United moves its maintenance headquarters to San Francisco, while Johnson stays in Cheyenne to use war- surplus military planes for oil exploration, aerial application of insecticides, and fighting forest fires. His cockpit crew coordinator device remains a hit four decades after Johnson introduced it in the late 1930s. Although flying has become a lot safer, Johnson recounts three challenging moments which tested his piloting skills and proved his cardinal rule of handling inflight emergencies—never give up, because you just might win.

NOTE!  Three lengthy videos will be added soon.  I was unable due to their size and the format.

The University of Wyoming IT specialist will add the videos sometime in the near future.  Fortunately, they will be available to anyone anxious to hear directly from a pioneer aviator.