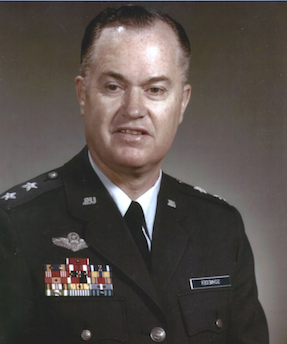 I’ve enjoyed a long and delightful friendship with Carl. I’ve wanted to put his story on my website. As I looked at his life, via power point, I thought it would be a novel way to provide my readers a unique “read” of the life of a GREAT American! Certainly, Carl’s is a life well lived! …and he’s had help! His immediate supervisor, Carole, keeps him moving in the right direction(s)!

Carl went from a hard scrabble childhood to become one of the most respected and experienced Air Force generals ever. I hope you enjoy Carl’s incredible journey. It’s been nine decades since his 1928 arrival, and he’s still going strong. If you see Carl’s dust cloud, move over or be run over!

It was Carl and Arv Schultz who nominated me to the Arizona Aviation Hall of Fame. I’ll be doing a story about our mutual pal, Arv one of these days! Meanwhile, walk along the road that Carl has traveled. It’s a fascinating voyage!

Retirement? Carl Schneider can’t even spell “retirement!” It’s 2020 and Carl’s in his 92nd year. He would say he was 21 with 73 years experience!

Below: Carole treating Carl to a flight in an old friend, the North American AT-6 “Texan!”

Below are the two books Carl as written. Both are fascinating page-turners!

Both of these GREAT reads are available at Amazon.com: https://www.amazon.com/s?k=Carl+G+Schneider+books&ref=nb_sb_noss