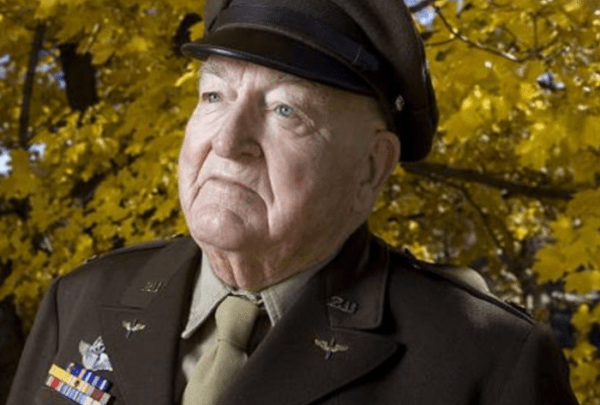 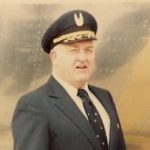 The title works for most of us. However, this quote happens to come from a special mentor of mine and my first sponsor in my quest to become a member of a special fraternity of aviators back in the ‘70’s.

Airline pilots looking back on their career would, I imagine, have a favorite captain or two they flew with as fledgling co-pilots. This is the story of my favorite captain. I suspect many other pilots from the old Frontier Airlines, where I spent a couple of glorious decades, would agree with my choice. Likely we too are in agreement that his value system and methods of passing knowledge along, in addition to his unique command style, was a remarkable influence to our own careers.

Captain Schade married his childhood sweetheart, Alene, November 23, 1944 in Hays, Kansas. They met when he was 14 and she was 13 in 1935. They raised two lovely daughters, Anne and Jill, and enjoyed 2 equally wonderful grandchildren they were never hesitant to dote on.

A pilot’s pilot, Jack Schade began his aviation interests as a youngster. Not long after Lindberg’s memorable 1927 flight, which energized the nation’s interest in aviation, one enthusiastic aviation aficionado was Schade’s grandfather, a Salt Lake City policeman.

Schade’s father always had some home brew chilled in their rented bungalow within walking distance of the jailhouse. When his grandfather, John Sullivan, an Irishman, stopped by it didn’t take much encouragement to get him to imbibe. Young Jack would soon be regaled by his grandfather’s aviation stories.

Schade’s father was an “Archie Bunker-type” and a strict disciplinarian. This made it easy for Schade to bond strongly with his granddad, a more relaxed and patient type, who soon noticed Schade’s budding interest in aviation.

His granddad would buy him balsa models and aviation pulp magazines and let him ride in his Ford Model T police patrol car. They would end up out at the SLC airport talking to pilots and mechanics.

A few years later, Schade was a disgruntled 18 year-old, and not making much money. Also, he was disenchanted with the excessive discipline at home. Schade went to the local Navy recruiter with the idea of becoming a naval aviator. Learning that he would need at least two years of college, Schade marched himself to the Army Air Corps recruiter who “guaranteed” he would fly, “…just sign here!”

He signed, his parents reluctantly signed, and he was sailing out of San Francisco Bay September 1, 1939 enroute to Albrook Field, Panama. There he began his experiences as a P-26 “Pea Shooter” crew chief with the 74th Bombardment Squadron. He was an apprentice mechanic on the B-18 “Bolo” and worked on the Northrop A-17 “Nomad.” His status changed to 1st AM mechanics rating with his pay up from $20 bucks to $80 per month. Schade was now getting’ rich quick!

Schade planned on completing his two year enlistment so that he could return to the states and go to the university. WWII interfered with his plans as all enlisted personnel were frozen in place.

With the attack on Pearl Harbor, it was assumed the Panama Canal would be a target. By this time, Albrook Air Base was using early model B-17’s and B-24’s to patrol Central America and the Caribbean. SSgt. Schade became a gunner, radar operator, aerial photographer, and parachute rigger in addition to being crew-chief.

He was able to pass the qualification tests for the Army Air Corps pilot program. Soon, he was on his way back to the States.

His staff sergeant rank would be a plus when he finally got into pilot training beginning at Boise, Idaho. He out-ranked many of the drill sergeants which got him out of a lot of the cadet drudgeries. 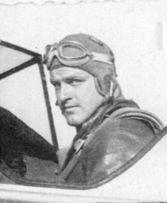 At Pecos he received his commission and, more importantly, the wings of a military pilot. From Pecos he headed for Hobbs, NM for B-17 training. Schade was familiar with the B-17 from his time in Panama and was delighted to become a Flying Fortress pilot.

However, the Army needed pilots for the new B-29 more than the B-17. After completing training at Hobbs, Schade was off to Walker Army Air Base located at Hays, Kansas for his next assignment. By February 1945 Schade and the rest of the 11 man B-29 crew were operational. They shipped out for Guam, an island in the Mariana’s.

The Boeing B-29 was a giant in her day. Pressurized and powered by 4 Wright 2,200 horse power 18 cylinder engines, each with two exhaust driven turbo- chargers, the “Superfort” had a maximum speed of 357 mph. It could carry it’s 12,000 pound bomb load to a service ceiling of 36,000 feet for a distance of 3,250 miles. The gunners fired from remote controlled fire stations. It was a huge step up in technology from the B-17. It was amazing in many ways. If you opened the outboard cowl flaps, the airplane would do a standard rate turn! 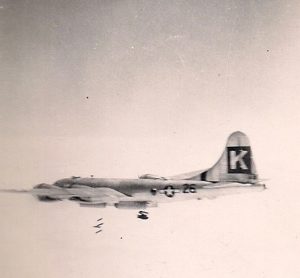 In January of 1945, General Curtis LeMay (1906-1990) assumed command of XXI Bomber Command and changed the mission statement for the B-29 which had been designed for high altitude bombing. Discovering the high altitude attacks ineffective, he ordered the airplanes stripped of much of the armament and even some crew members for low-level fire bombing attacks on Japan.

Schade flew 25 combat missions fire bombing Japan in the 330th Bomb Group. The 3000 mile flights were exhausting and, at times, harrowing. These missions equated to 14 to 15 hours flying time.

Thankfully, the Marines secured Iwo Jima which saved many a B-29 crew on their way back from a long mission over Japan. Twice, Schade’s B-29 utilized “Iwo” arriving on 3 engines and low on fuel.

Of the 3,960 Boeing Superfortress’ built, some 2,000 battle weary B-29’s limped into Iwo Jima. The Air Corps stationed a maintenance officer to determine the status of these airplanes after their arrival.

If the airplane was salvageable it would be given the signal to taxi to a hard-stand on the beach. If the crew received a thumbs-down it would be relegated to the scrap heap, an ignominious end to a magnificent machine.

On one occasion, he was nearly shot down by one of his own gunners on the B-29 when the gunner mistakenly knocked out the #4 engine. There were other instances of damage from fighters and ack-ack. On one occasion his airplane lost over 7 feet of horizontal stabilizer and elevator to anti-aircraft fire. 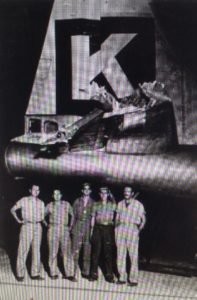 “Sentimental Journey” shows Schade’s B-29 with some of the damage received. This is the B-29 on display at the Pima Air and Space Museum in Tucson.Schade on far right was awarded the Distinguished Flying Cross among other medals and citations. 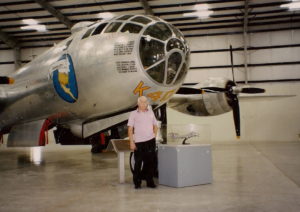 It was a 15 hour 15 minute flight with some fighters attacking and intense flack as evidenced by the previous photo. 11,000 pounds of 500 pound bombs were dropped at 10:44 PM Tokyo time from an altitude of 11, 400 feet mean sea level.  Jack’s notes project a seemingly ho-hum atmosphere, but it had to be intense on those missions at half the altitude the B-29 would normally bomb from.

Were the Schade’s married in 1943 ? or 1944 in Walker Kansas, I seem to remember being there .
Jack and I earned our DFC by going into an open Bomb Bay to find the reason the bombs would not release.  We tugged each Bomb, looked for open hooks, wires , etc
Went back into the plane….the bombs went out….WOW!!
If we were still in the Bomb Bay , we would have left with the Bombs so your story would be shorter.
I agree JBS was a man amongst men, a value to know .
Jack R”
PS: “Walker, a name related to Walker Kansas .? , a town next to Russell, birthplace of Bob Dole”
Here is a TV interview with Jack Rodin this past November’s Veteran’s Day:

It was a pleasure to meet you today.  It was a true joy to learn about your life.   You are one of a kind. God bless!  Here’s the story…I had to keep it to two minutes…but I could have gone on for an hour!!! ? (TV Host Erin Connolly).

On his 26th mission, he was part of the huge show-of-force over Tokyo and the USS Missouri where the Japanese surrendered to General MacArthur. He was on one of the 462 B-29 Superfortress’ — the largest U.S. bomber of its day — that flew over Tokyo Bay on Sept. 2, 1945, as part of a naval and air show of force that Gen. Douglas MacArthur had engineered for the surrender signing.”

The B-29s represented the majority of the nearly 600 planes that flew over after surrender documents were signed 62 years ago by Japanese and allied commanders on the USS Missouri, according to the official Army Air Corps history.

Schade and the rest of the 11 man crew survived the war. He has kept in touch with them. One became a police officer; another became an alcoholic and after a while wasn’t heard from again. Another crewman became an appliance repairman. Of the 11 only one is still on this side of the grass.  That is Jack Rodin who became an engineer with Pratt & Whitney, a manufacture of aircraft engines.  I still hear from Jack Rodin a very spry fellow in his 90s.

Schade continued in the reserves after the war and started his career with the airlines over the next 35 years. He was with Western for 9 months before getting furloughed. He went with Challenger Airlines flying the DC-3 in July of 1947. Challenger merged with Monarch Airlines and Arizona Airways to form Frontier Airlines.

Interestingly, Schade’s closest friend, Gone West, Captain Bill McChrystal, the highest time DC-3 pilot in the world with 17,111 hours as shown in the Guinness Book of Records. McChrystal was another former Western pilot who went with Challenger and went on to be a much loved and respected chief pilot, a rarity. 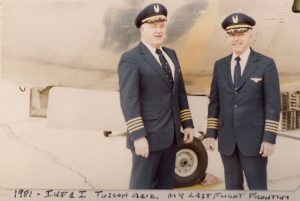 Jack flew his farewell flight at Frontier with Captain Ike Issacs as his co-pilot. Following his retirement in 1981, Schade went on to fly with his good friend, former Frontier Captain Tex Searle, in Majestic Airlines DC-3. They flew memorable flights all over the Rocky Mountains and to Alaska. 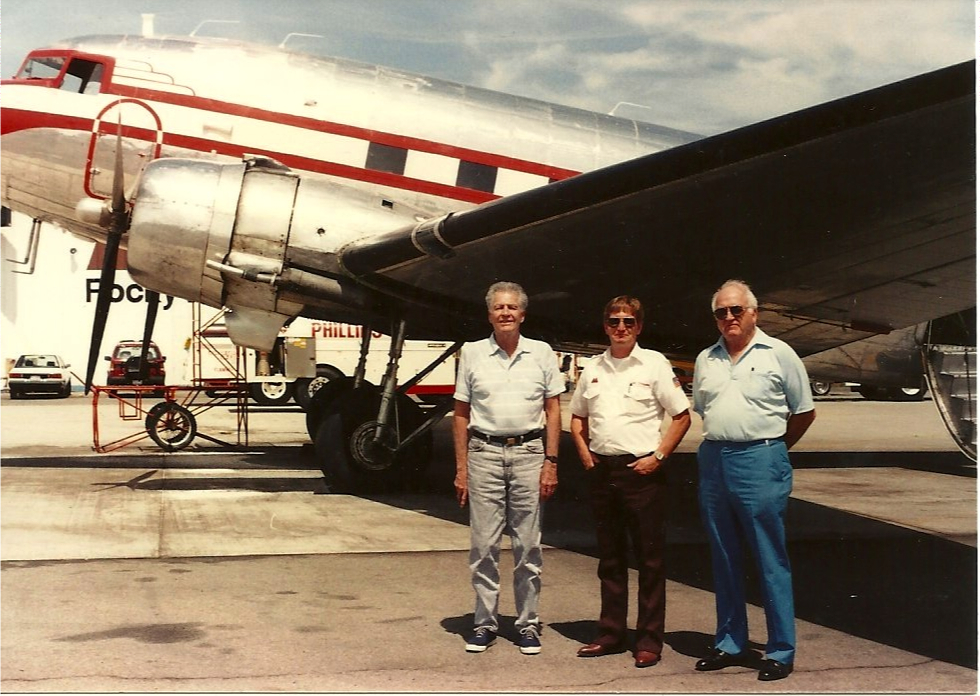 Captain Schade became Colonel Schade with the Confederate Air Force flying a number of CAF airplanes including the venerable PT-17 Stearman. After all those surgeries, he was keeping close to his home base and reflected on a history too few are left to look back on. He looked at his wall of memories 62 years later and exclaimed, “…how come I’m so lucky!” 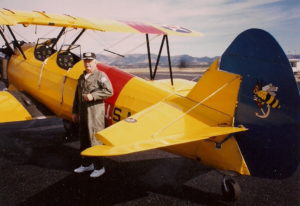 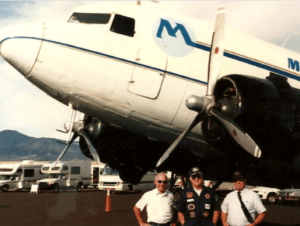 Those of us who had the great fortune to have shared the flight deck with Captain Schade say the same thing. “…how come I’m so lucky!” 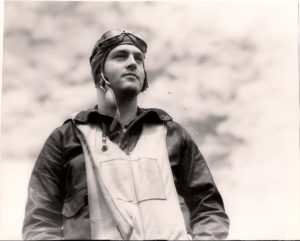 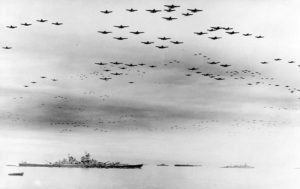 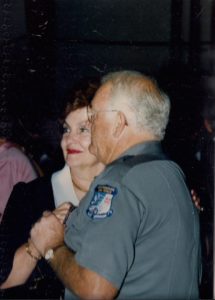 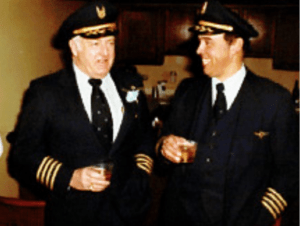 JBS retirement post-flight 1981 with me. I would follow 20 years later… 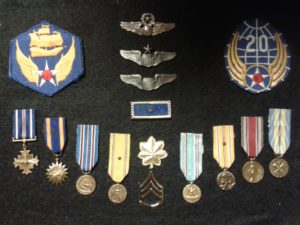