SHADOW
The following story came from a retired USMC “grunt” turned Marine Corps F-4 ‘Phantom’ fighter pilot, call sign: “Shadow!”
It’s like we are old friends but haven’t actually met in person.  We’ve exchanged a lot of e-mails and a few phone calls.  His stories are delightfully interesting and entertaining.  A lot of what Shadow accomplished is extraordinary.  Below is today’s reminiscence…
I have begged & pleaded Shadow to write his memoir.   He has an amazing memory and a gifted talent to express himself in the written word!  I will persist!
Sent from the apex of a Stearman loop 🙄
My journey
Billy,

Like you I was obsessed with aviation at an early age… couldn’t avoid it, my dad was in the Navy and I grew up on Naval Air Stations around the country as well as Puerto Rico. By the time I was six years old, I could name and identify every Navy aircraft type from WW II forward. Not only that I could describe what each was designed for… fighter, attack, patrol, recon, etc.

Growing up on bases in those days were this child’s dream. From our neighborhood I could bicycle to the end of the street and watch Panthers, Cougars, Banshees, Furys, AJ Savages, P2Vs, PBMs, Catalinas, P5Ms and Connies. The Naval Aircraft Technical Training Center was across the road at the other end of the street… they had a fleet of WW II fighters, torpedo bombers and early jets to train the mechanics on. Corsairs, Hellcats, Skyraiders, FJ-1 Furys, TBMs, SBDs and early Banshees and Panthers. I mention them, because on weekends they became my play things that added to my “Walter Mitty Dreams”. NAS Jacksonville was a airplane nuts dream. I got to see all these type aircraft fly!  …better yet I was able to get close and personal with them.

When I was eight years old I had an afternoon paper route.  My peers wanted to sell papers in the mess halls and barracks.  I took O&R and the flight line and hangars. O&R performed mods on just about every type of aircraft of the day.

I got to watch the soon to be famous, R4D named Que Sera, Sera… as she was modified to land at the South Pole (I actually got to go inside it one day). Near Jax was Cecil Field where the long runways accommodated the F3H Demon, the new F8U Crusader and the exotic Cutlass. …all of which would occasionally land at NAS Jacksonville.
Here are a few airplanes Shadow mentions:
Grumann F-9F “Panther” 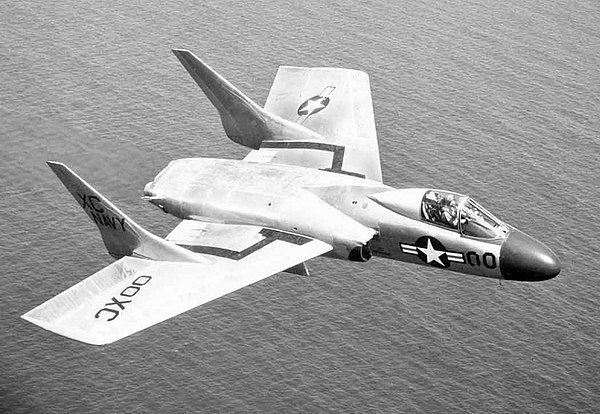 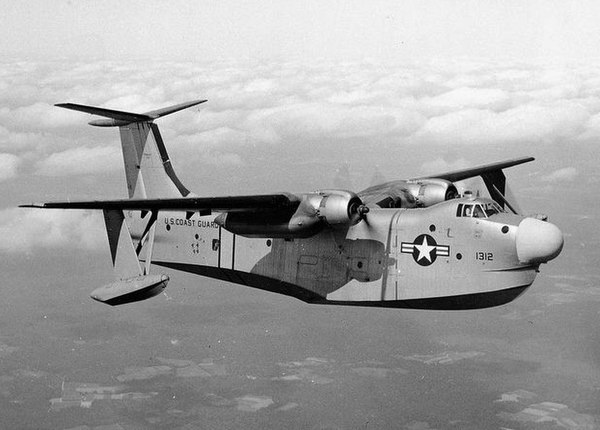 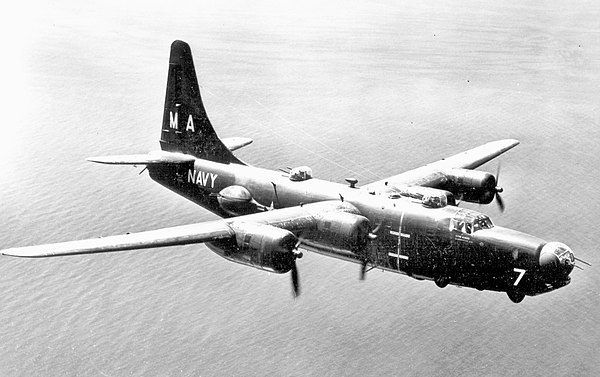 North American AJ “Savage” I flew one from NAS Litchfield to Davis-Monthan in the late ’60’s. 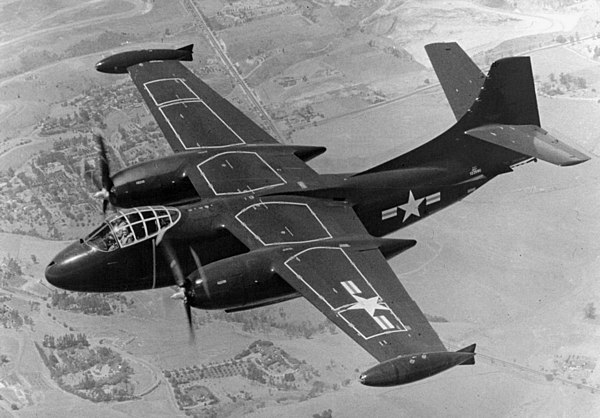 On my paper route I was ale to sell papers in the damndest places, hangars, flight line and Ready Rooms. I was fascinated by the neat airplane pictures and models in the RR and office spaces. One day I found out they were “Give Aways” by the various Factory Tech Reps that represented them on the base… better than that… I found out where their office was (right across from O&R) and added them to my route. I didn’t want to be a pest, but never missed the opportunity to ask for any extra pics, pins or models. My biggest coup came from the Grumman Tech Rep.

I was in the office one day and asked if anyone wanted a paper? No takers, and as I was about to leave, the Grumman Tech Rep looked up and said, “Wait a minute kid, I’ve got something for you”. He swivels his chair and pulls up a fairly large, framed picture of the Grumman XF9F-2 Panther! It was unpainted, but in flight. My heart started racing! I couldn’t believe it! What a coup, what a treasure! I knew I’d be the only kid in the world to have a framed picture like that! I almost had tears in my eyes I was so excited. I thanked the man profusely.  …as I turned to leave I was trying to figure out how to finish my route and manhandle this big picture. I was finally able to manipulate my paper bag to accommodate it on edge. It was awkward, but manageable. As I started out the door, the Tech Rep says, “wait a minute, I have a question for you.  Who is the greatest Test Pilot alive”. In youthful hubris I replied, “That’s easy, Chuck Yeager… he broke the sound barrier”. The Tech Rep says, “Wrong answer, bring the picture back”!

OMG… now I was really about to cry… I was feeling like the victim of a cruel joke! I walked over and he got up and retrieved the picture from my paper bag. He sat it up on his desk and said, “The greatest Test Pilot alive is the man flying that Panther. His name is Corky Meyer and he’s a friend of mine… so from now on, if someone asks… the greatest Test Pilot alive is Corky Meyer and flies for Grumman Aircraft… Now get outta here!” From that day, for the rest of my life… if ever the subject of Test Pilots came up I was quick to mention Corky Meyer. The only thing better than that event, was later in life, I finally met Corky Meyer and he would become one of my cherished and closest friends. And, he exceeded my expectations as both a pilot and human being. God Speed Corky.

Living on the bases had other advantages. I’ve often said my dad would have had to be a multi-millionaire to give me the life experience I received. In those days, the society of Naval Aviation was a homogeneous collection of human beings from every ethnicity and every walk of life. Probably the most integrated segment of our national society at the time. In addition… the old Navy went out of its’ way to make sure the dependents were afforded as many perq’s as possible. We had great libraries, incredible activities, swimming pools, indoor and out (I think NAS JAX had five outdoor and a huge indoor pool). We had great playgrounds, golf and tennis courts. Every man child worth his salt, learned where the parachute loft and the mega dump was on the base. …each held treasures for the resourceful. We learned the life rafts and parachutes had a life limit to them. They were only considered serviceable until their life limit was reached. Truth was… they were probably still good, but the rules had to be adhered to. It was our job (young man child’s) to intercept them before they were hauled off to the dump. We’d get one and the Cadillac of life rafts, the twelve man raft and haul them home. The neat thing was all the survival gear was still in them! Civilian kids had flimsy plastic backyard wadding pools… we’d fill up the raft with water, bounced on the edges and play all kinds of games. When we got tired of that, we’d turn them over and we had a trampoline! We had some of the tallest kiddie slides I’ve ever seen… we’d unfurl a parachute and have it fly us down the slide! But you learned to let it go when you hit the ground, lest it drag your young ass across the park!

The Navy in those days was family oriented… every squadron would throw a Christmas Party for dependent kids… Santa Claus would arrive on the top of the observers position of a PB4Y or P2V.  …or if your dad flew fighters he’d arrive in the cockpit of a Fury, F9F or one of the other fighter or attack aircraft. Once a year they’d have a Father’s Day where kids would get to go with their dads and see what kind of work he did.  And every year, the Naval Air Reserves would have a carnival and invite civilian sponsors come in and display their services and sponsor games and entertainment. And of course every year the Blue Angels would come and all the different types of aircraft based there would put on a flying display… and other services would fly in various aircraft for static displays.

An added bonus for me was the base dump!  …oh what treasures it held. By the time I was twelve, I was a certified junk yard junkie! It was a great life!

By the time I was eight, my life’s goal was to someday become a Naval Aviator! I took a somewhat circuitous route to get there… but I made it… wearing Marine Corps green instead of Navy blue… but That’s another story.

Billy, like you, I was hooked from the beginning. And at my now advanced age, I can honestly say… my greatest reward was the amazing human beings I met along the way!

I’ll conclude with this… I was a Jack London fan when I was a kid… in the preface of one of his books (I think, “Call of the Wild” he had this quote: “‘Tis the easiest thing in the world to live a quiet and complacent life… but to do so… is to really have never lived at all”! I took old Jack’s advice! …it has been a helluva ride!