When I went with Frontier Airlines in 1967 the airline still flew DC-3’s.  In the DC-3, following the ground school taught by Van Steenberg, all flight training was in the actual aircraft albeit we did use Clinton Aviation’s WWII era Link Trainer for some pre-employment tests and Instrument Training. 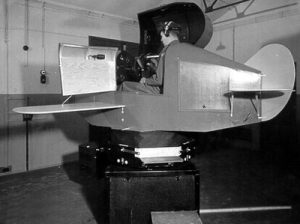 The airline flew Convair 580’s and had a fist full of Boeing 727’s.  The 580 had a fixed-position simulator.  The 727 simulator training was out-sourced via United Airlines. 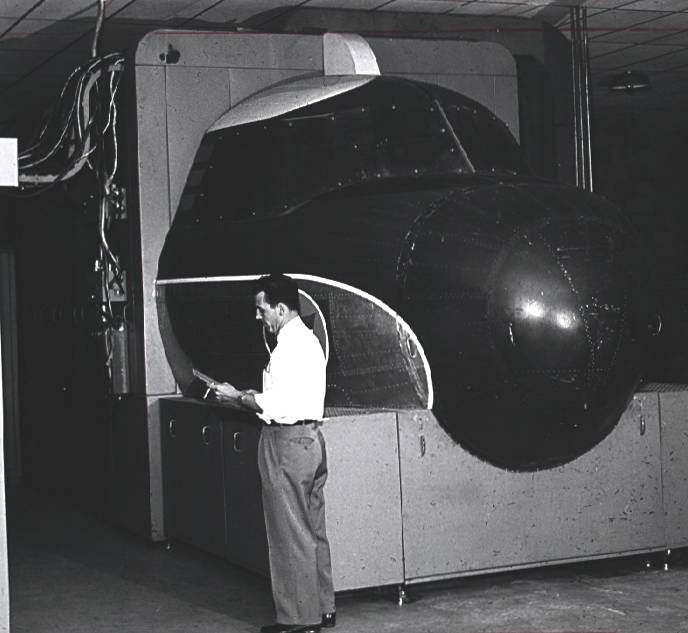 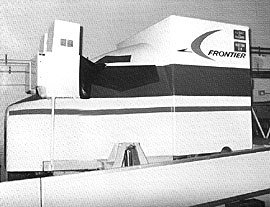 By the end of the year Frontier merged with Central Airlines.  Central operated Convair 600’s, but not for long as it proved to be far inferior to the 580, “The Mountain Master.”

Both Frontier’s and Central’s DC-3s were soon gone from Frontier’s fleet.  Not long after this, the 727’s would be gone much to the chagrin of the senior Frontier pilots who dearly loved the “Three Holer!” The 727’s were replaced by the ubiquitous 737-200.

Present-day state-of-the-art simulators are very sophisticated and very expensive!  Presently, a new simulator built to Level D (the most sophisticated) costs between $8 million and $18 million USD!  They very accurately replicate the actual aircraft’s “feel” so much so the pilot senses he/she is in the airplane itself! It’s all there, motion, noise, visual!  The crew sitting in a simulator in Orlando can look out his window and see the actual surroundings of the airport gate/jetway the same as he/she would see in the airplane parked in San Francisco, for example!

These simulators are actually certified by the FAA as ‘aircraft.’  In today’s airline training environment, under Appendix “H” of the FARs, it is possible to be fully trained in the simulator! 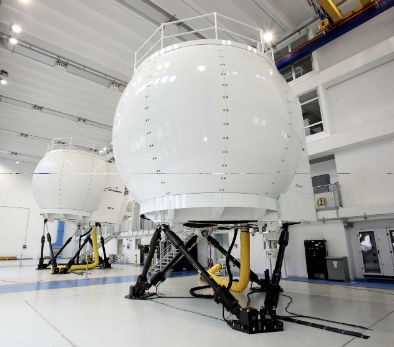 I personally witnessed more than one pilot who checked out in the simulator, under Appendix “H,” where his first flight was in the airplane full of passengers and that pilot had never even seen the airplane before!  Of course he would be flying with a qualified Check Airman for a minimum of 25 hours before his first line flight with “an off the shelf” First Officer!

Simulators enhance safety many times over!  If you mess up badly in the simulator, the instructor simply resets the “Sim” and, presto, you get a do-over!  The high costs of a simulator is a fraction of the cost of the actual aircraft it represents.

A goodly number of simulator instructors are recycled airline pilots.  One of the best, Legendary Frontier pilot, Phil Stallings, is shown below in a Southwest 737 simulator: 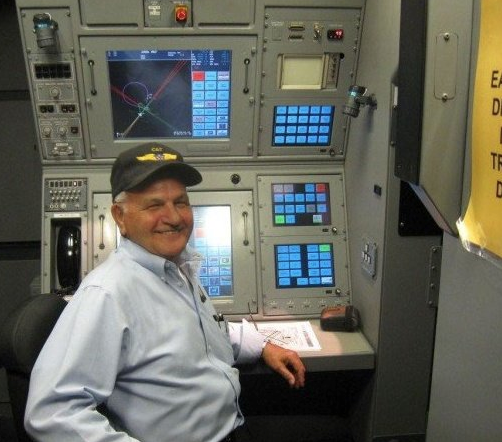 Yup!  Things have changed since my first training flight at good ol’ Frontier Airlines when I was paired with the late Karl Penner who was checking-out as captain on the DC-3.  Our flight instructor was Jack Robins.  Both Karl and Jack were former USAF pilots.  Jack had been and Instructor Pilot on the B-25. 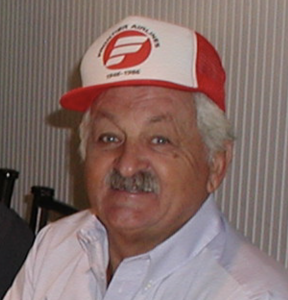 Jack and Barbara live near SLC.  Jack still flies and owns a nice stable of airplanes including a real collectors item, a Staggerwing Beech, that he’s restoring.

Sadly, Karl was lost in the crash of a Cessna 310 that smashed into Spanish Peaks (part of the Sangre deChristo Mountains near Alamosa, CO).

Karl was an excellent pilot.  He was piloting the 310 from Denver to Durango with members of his BarberShop Quartet riding along.  It was cloudy weather with the mountains obscured.

Unknown to Karl, there was a mechanical malady with one of the VOR (Visual Omni Range) needles.  The needle stuck and should have swung from left to right indicating the navigational waypoint where Karl expected to turn right onto his next course.  Karl and the others onboard never knew, in a fraction of a second they instantly died.  Gone West is a term used since the early days of aviation.  Gone West was one of the finest fellows I’ve known.  Sure wish I’d known him longer… 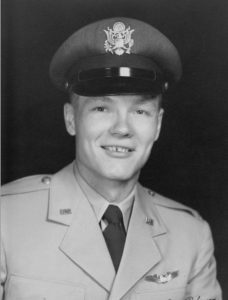 Lots of changes since Karl’s 1969 crash.  Then, it was mostly aircraft training with some Link Trainer work, to fixed simulators with no motion and no visual.  Still some actual aircraft training was necessary.  Improvements moved airline training into some motion devices with very poor visual systems that were never in sync with the simulator.  Soon, full motion simulators with improved replication and realism with the visual systems were developed.

Now nearly all the training is done in simulators.  Certainly, with the major airlines.  I can not help but look back to my fledgling days as a new Frontier co-pilot and marvel with the developments.

I recall the first Boeing 737’s cost Frontier some $6 million.  Now, it is twice that much for a Level D simulator.  An actual 737 MAX will run close to $125 million!  Boy Howdy a LOT has happened the past 55 years!

Here is what the FAA says about Part 121 Appendix “H” training:

1. The certificate holder’s initial, transition, conversion, upgrade, and recurrent FFS training programs and its procedures for re-establishing recency of experience in the FFS.

2. How the training program will integrate Level B, C, and D FFSs with other FSTDs to maximize the total training, checking, and certification functions.

4. A procedure to ensure that each instructor and check airman actively participates in either an approved regularly scheduled line flying program as a flightcrew member or an approved line observation program in the same airplane type for which that person is instructing or checking.

5. A procedure to ensure that each instructor and check airman is given a minimum of 4 hours of training each year to become familiar with the certificate holder’s advanced simulation training program, or changes to it, and to emphasize their respective roles in the program. Training for instructors and check airmen must include training policies and procedures, instruction methods and techniques, operation of FFS controls (including environmental and trouble panels), limitations of the FFS, and minimum equipment required for each course of training.

6. A special Line-Oriented Flight Training (LOFT) program to facilitate the transition from the FFS to line flying. This LOFT program must consist of at least a 4-hour course of training for each flightcrew. It also must contain at least two representative flight segments of the certificate holder’s operations. One of the flight segments must contain strictly normal operating procedures from push back at one airport to arrival at another. Another flight segment must contain training in appropriate abnormal and emergency flight operations. After March 12, 2019, the LOFT must provide an opportunity for the pilot to demonstrate workload management and pilot monitoring skills.

A few years ago I picked up the torch lit by renowned Eastern Airlines captain, Jim Webb, and wrote the 2nd, 3rd and 4th editions of “Fly the Wing” now a classic manual for fledgling airline pilots.  It is geared for military pilots and smaller airline pilots aspiring to fly for the larger airlines.  It is very comprehensive.

I had one pilot send me a critical review.  I agreed with him and arranged for the publisher, ASA, to make a correction.  Yup, I’m still learning.  I usually address groups I’ve been asked to speak to, “I’m still just a Student Pilot!”  If I quit learnin’ I’ll quit!  Simple as that… 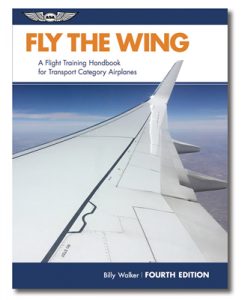