…at the Black Bear restaurant with Ed’s Clenet, a very nice collectors automobile.

Not pictured above are Paul Hlavaty, and Ben York.  A few of the BEARS auxiliary were present at t’day’s conclave.  Connie Newberg and Peggy Swanke were there to keep some semblance of order.

All was good at Airbase Arizona (ABAZ) until an unfortunate transformation in leadership took place. The once stellar leadership sadly fell into principle-less sculduggery.  Sadly this was from both national and local level. From top to bottom. Apparently, this happened in other CAF units as well!

My father and mother insisted on their children adhering to three principle values.  “You can not be a member of this family if you Lie, Cheat, or Steal. Any other issues we can deal with them.”  This dictum was instilled in my sisters and me from a very early age.

When a non-pilot, former fireman, and occasional actor, somehow became Wing Leader at Airbase Arizona, I was concerned given the sudden departure of the then Executive Officer Jim Swanke.  I was one of those expecting Jim to become our next Wing Leader.  Jim, a retired US Army Colonel, had all the requisite tools. Yet, I didn’t think much of it until it became apparent this new Wing Leader would lie when the truth was easier. The third time he lied to me; I called him on it.

I decided I could not abide being a volunteer at the local CAF unit while we were suffering this type of leadership. I sent an e-mail to the membership stating I was essentially going on sabbatical until the next election a few months away.  I was confident there would be a “changing of the guard” given the knowledge that so many seemed disgruntled from what they were seeing as unacceptable/intolerable leadership.

Next thing I knew, I received a certified letter from this nefarious “leader” expelling me from the Arizona Wing of the CAF.  Like with most everything this joker did, he did it wrong!   In an effort to correct his mistake, he ‘invited’ me to a hearing which would include other elected individuals serving as a “board of directors.”  I should not have bothered. It was a stacked deck albeit a couple of independent thinkers were favorable to my position.

Yup!  I was kicked out of the local CAF.  I could appeal to the national leadership, the president, Hank Coates.  I appealed.

I knew the CAF organization nationally wasn’t for me when Coates upheld the AZ Airbase leader’s expelling me.  Coates based his decision on a letter he claimed had come from me which was full of caustic and inflammatory notes on the margins of the e-letter I had sent to the local membership.  I still do not know who sent that letter to Coates, but I do have strong suspicions!

When Coates finally agreed that the letter, he based upholding my expulsion on, was not from me he failed to correct his mistake.  He simply stated, “well it’s a local issue!” Yup, I was expelled from ABAZ but still a member of the CAF.  …but not for long!

By then election time at ABAZ was looming.  Alan Ripa was planning on running for Wing Leader.  Alan had strong support.  Along with Ed Newberg, Russ Gilmore and me, numerous members were expressing strong support for Alan.  With Alan’s success in business, we knew he would be ideal given his excellent people skills and aviation background.

Ed Newberg had been a volunteer member of the CAF for 24 years as had Russ Gilmore.  Russ was then the Executive Officer which was an elected position.  He had been Operations Office before that.  Both are/were well liked and respected members.

Ed Newberg had more than a million dollars worth of aircraft/helicopters on display in the ABAZ museum area. 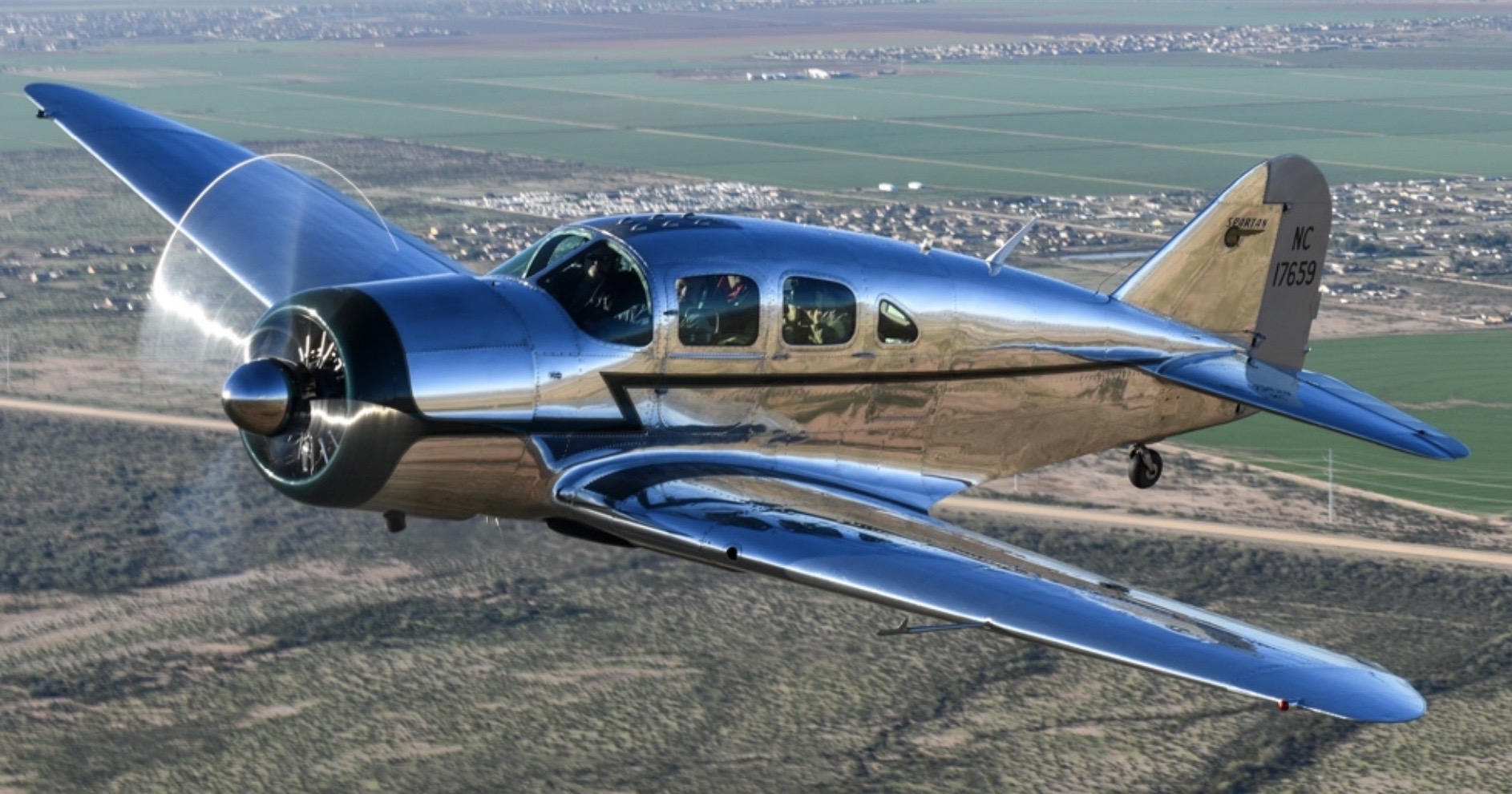 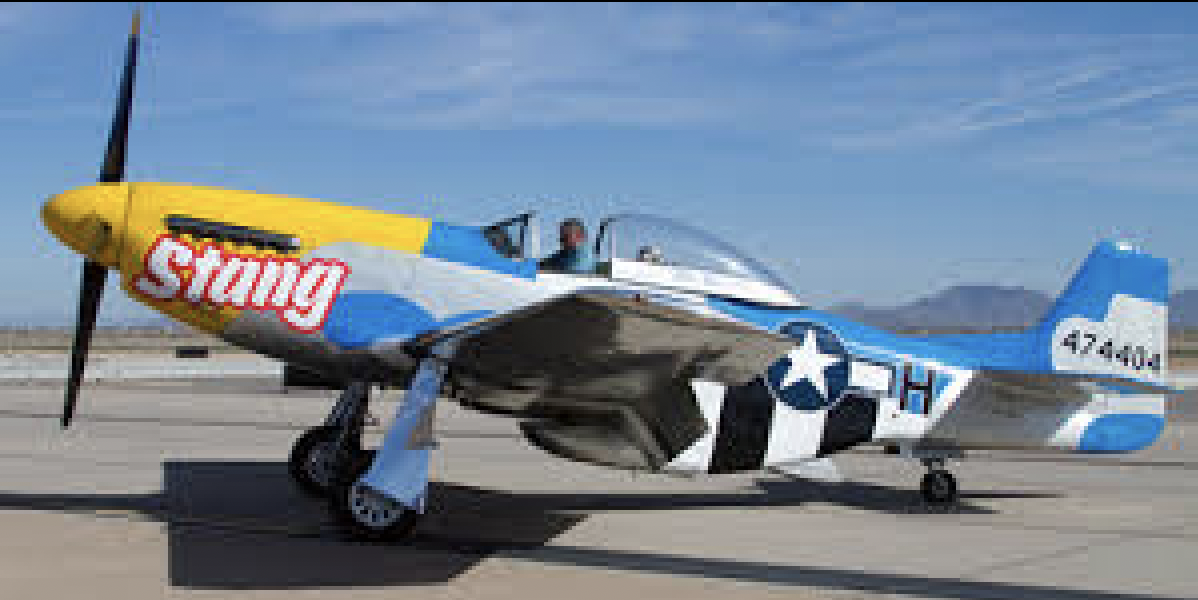 Ed now owns this magnificent War Bird that is no longer on display at the CAF! 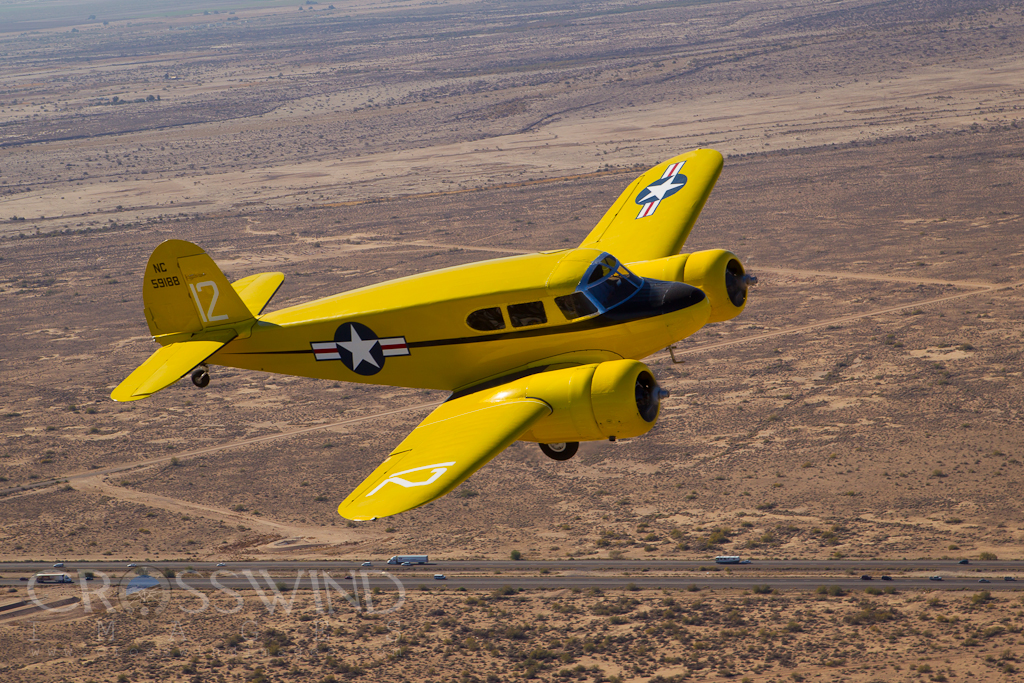 This is a rare and beautifully restored example of a WWII Advanced Multi-Engine trainer. 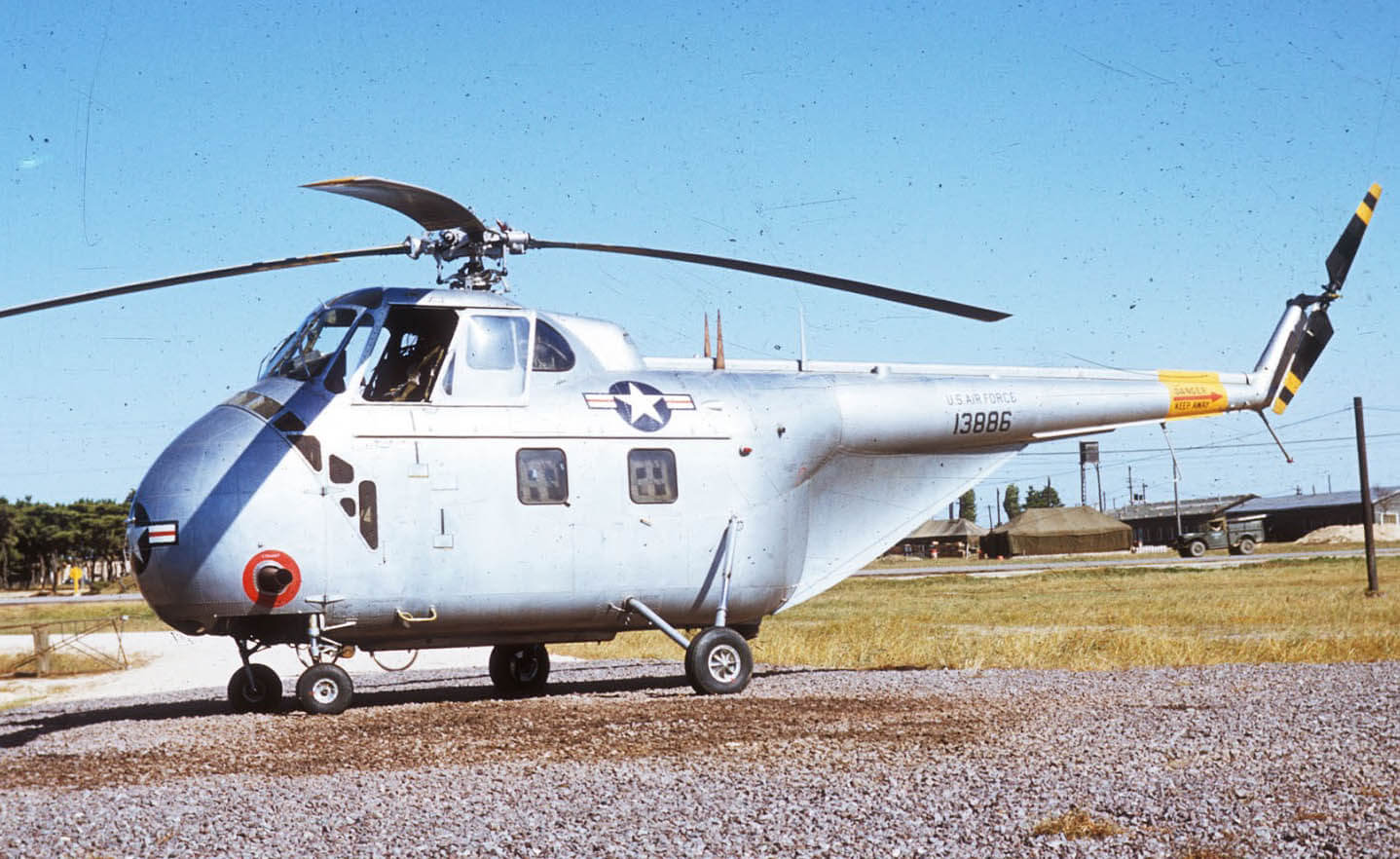 Above: H-19 identical to the one Ed & Connie donated to the CAF.  It is the only thing of Ed’s to remain at the CAF. Unlike the rest of Ed’s fleet of aircraft, the H-19 isn’t flyable… 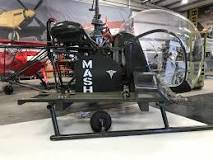 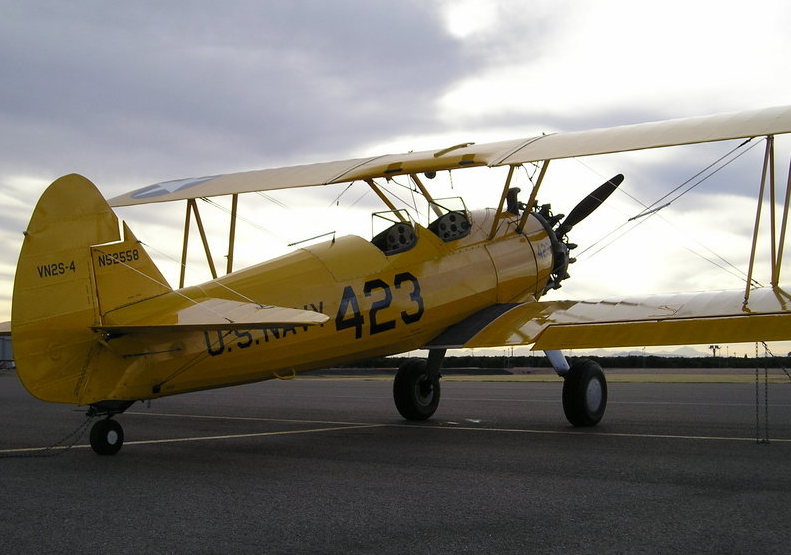 The 450 Stearman shown below was on display at the CAF for a long time.  It was one of two Red Baron Pizza formation airplanes remaining.  This one was the Lead Stearman.  Ed sold this airplane before the unfortunate political skulduggery occurred at Airbase Arizona. 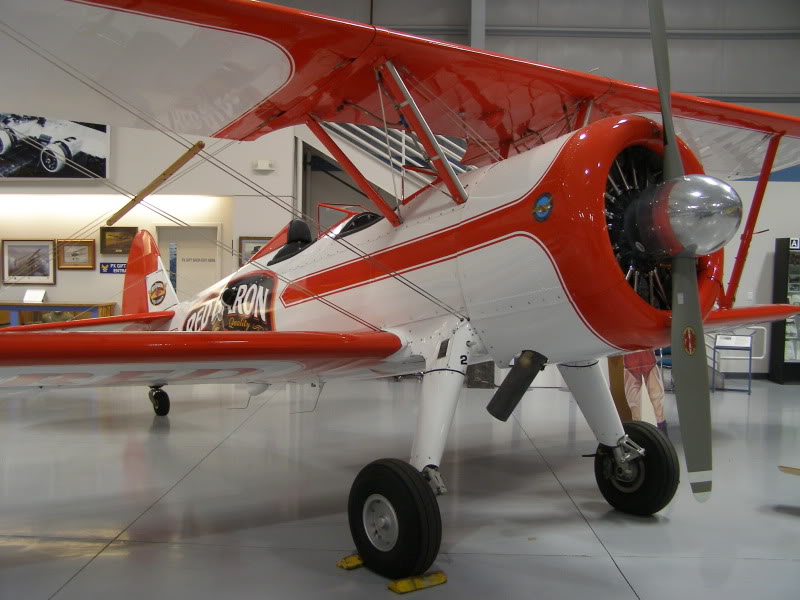 Russ Gilmore was also an FAA Designated Examiner and served to administer the numerous check rides necessary in the B-17, B-25, and C-47.  He still does DBE work globally.

Then just prior to the election the national president, Coates, with no formal, or even informal, notice summarily kicked Ripa, Newberg and Gilmore out of the CAF entirely!  WHAT?!!   Both the national president of the CAF and the local yokel totally ignored written policy and procedures.  Then, to exacerbate things making a bad situation worse, Coates, ignoring election procedures arbitrarily placed one of the local sycophants into the position of Wing Leader!  Unfathomable…

We should not have been surprised, given how they handled a similar situation surrounding the previous election. Jim Swanke, the XO, was planning on running for Wing Leader.  Like Forrest Gump may have said, “and just like that, he was outta there!”  Jim had been good for the CAF, but was asking a lot of questions about hidden financial dealings within the Airbase.  Suddenly he was no longer there.  Period!

That was enough for me.  I resigned from the CAF completely.  I wanted nothing more to do with that outfit!  I wasn’t alone.  Apparently, more than 120 members either quit or simply dropped their membership no longer wanting to be associated with what had become a very distasteful, perplexing, and abstruse atmosphere.  A goodly number of the membership would never volunteer there again!

Ed remains at Falcon Field on a daily basis during the late fall, winter & early spring.  He has seen the huge difference at the CAF since the BEARS were active volunteers at ABAZ.  “When we were there, during the winter months, ABAZ was open seven days a week.  There were so many customers ramp space was sacrificed to handle automobile parking. Now, during the winter months, ABAZ is only open four days a week with few cars in the parking lot…

Of course the Covid 19 virus came along.  That was the excuse CAF “leadership” gave for the huge decline in membership.   True it was a “VIRUS!”  But, it sure as the devil wasn’t the Covid virus!

And that, my friends, is how the BEARS came to be!