I’ve been busy t’day visiting back n’ forth with long-time aviation pal, Captain Ernie Lingren.  We share a lot of common interests having joined the original Frontier Airlines within a few months of one-another.

The subject of the mystique that shrouded the venerable North American P-51 ‘Mustang’ came up.  This led me on a trip down memory lane.  So, I thought I would share a Nazy story with you.

Ernie, suggested that I should write a book.  Here’s my reply:

There are a LOT of wordsmiths far better’n me.  But, Cheryl has been after me to write another book.  I recently finished the fourth edition to Fly the Wing.  It’s with the editors now.  ASA is the publisher.   If you read the stories on my website you might see a book there.  All my stories have a written guarantee to thwart insomnia.
I had mentioned my friend, Nazy Hirani, earlier in my visits with Ernie.  Nazy died in a horrific crash of his beloved Su Su, a P-51 named for Frank Borman’s wife.  Former astronaut, Frank Borman, had restored Su Su before it became part of the aviation history collection Nazy was the caretaker of…
Nazy, the great fellow he was, had a wonderful stable of aircraft.  His next would have been a Chance-Vaught F-4U “Corsair.”
One glitch with this, otherwise stellar aviator, was that Nazy would not listen to P-51 expert, Larry Perkins (also based at P-19).
Larry is one of the finest aviators I’ve ever known.  He is proficient in numerous warbirds.  His aviation pedigree is without peer.  I’ve spent countless hours sharing the flight deck with Larry in the C-47/DC-3C and think of him as the best instructor I’ve known.
Larry had checked out Nazy in his Staggerwing, T-6, and P-51.   He felt more instruction needed with Su Su.  Nazy resisted.
Nazy had a couple of issues that were near accidents that he escaped from.  I flew with him and made a couple of salient suggestions.  He said to me, as he said to Larry, “I don’t need your input, I do just fine!”  This sounds arrogant, but he wasn’t really like that. Sadly, he was wrong in his personal assessment of his abilities (at least with the Mustang).  I flew with him in his Staggerwing (D-17S).  He did wonderfully well with that one.  Also, as I mentioned, I was supposed to fly his T-6 that March afternoon in 2010.  Damn! 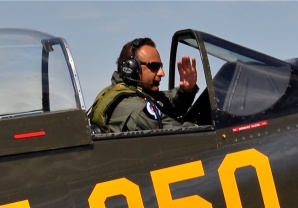 Nazy had a lot of money.  He didn’t always have money.  Born in South Africa, Nazy came to America from Canada with few dollars.  He worked hard and he was smart.  He was a very sharp businessman.
Nazy was generous to a fault and very social in our aviation community.  If only he’d paid more attention to what Larry tried telling him he and Su Su might still be gracing the Arizona skies…  Damn! 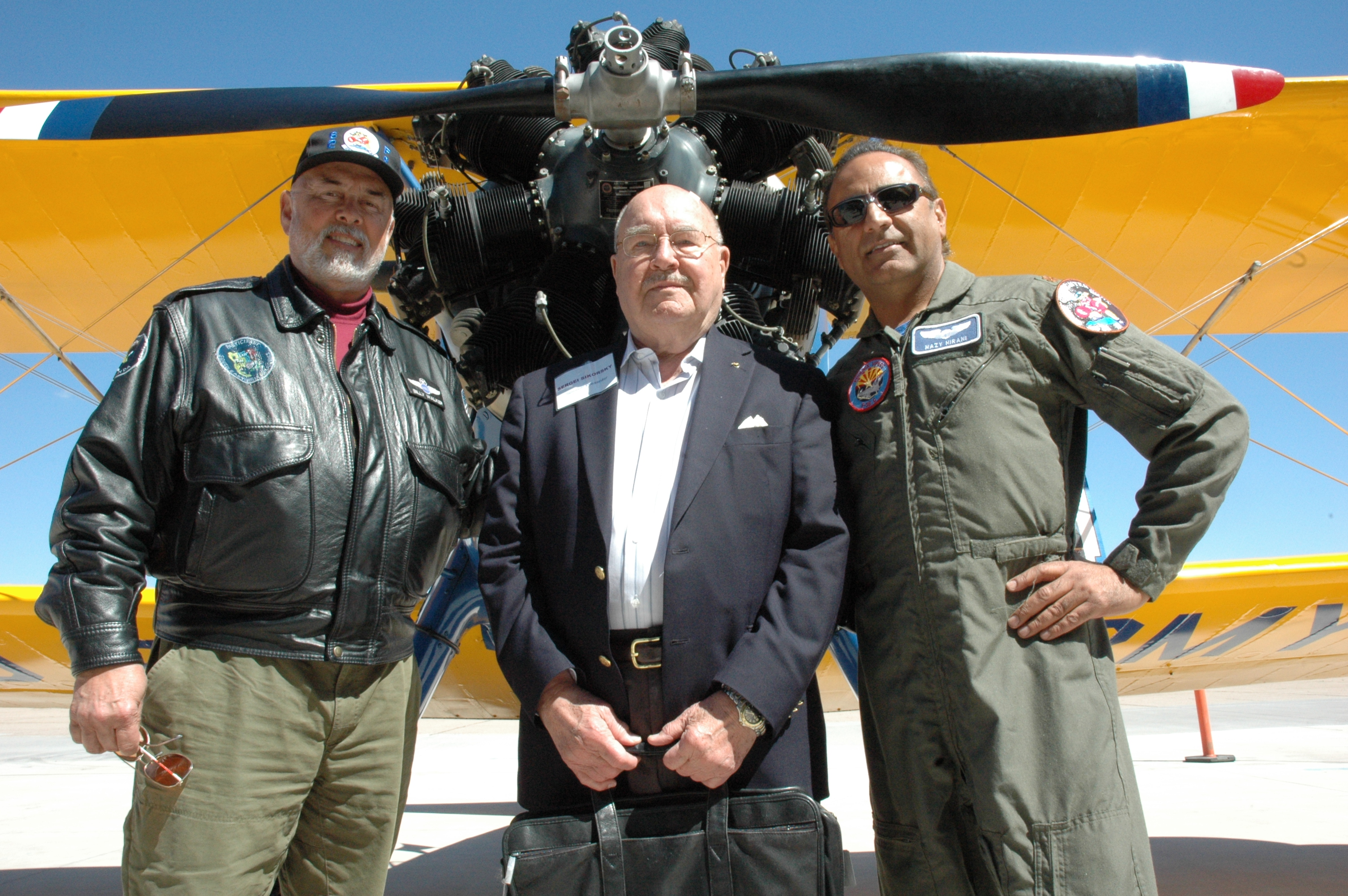 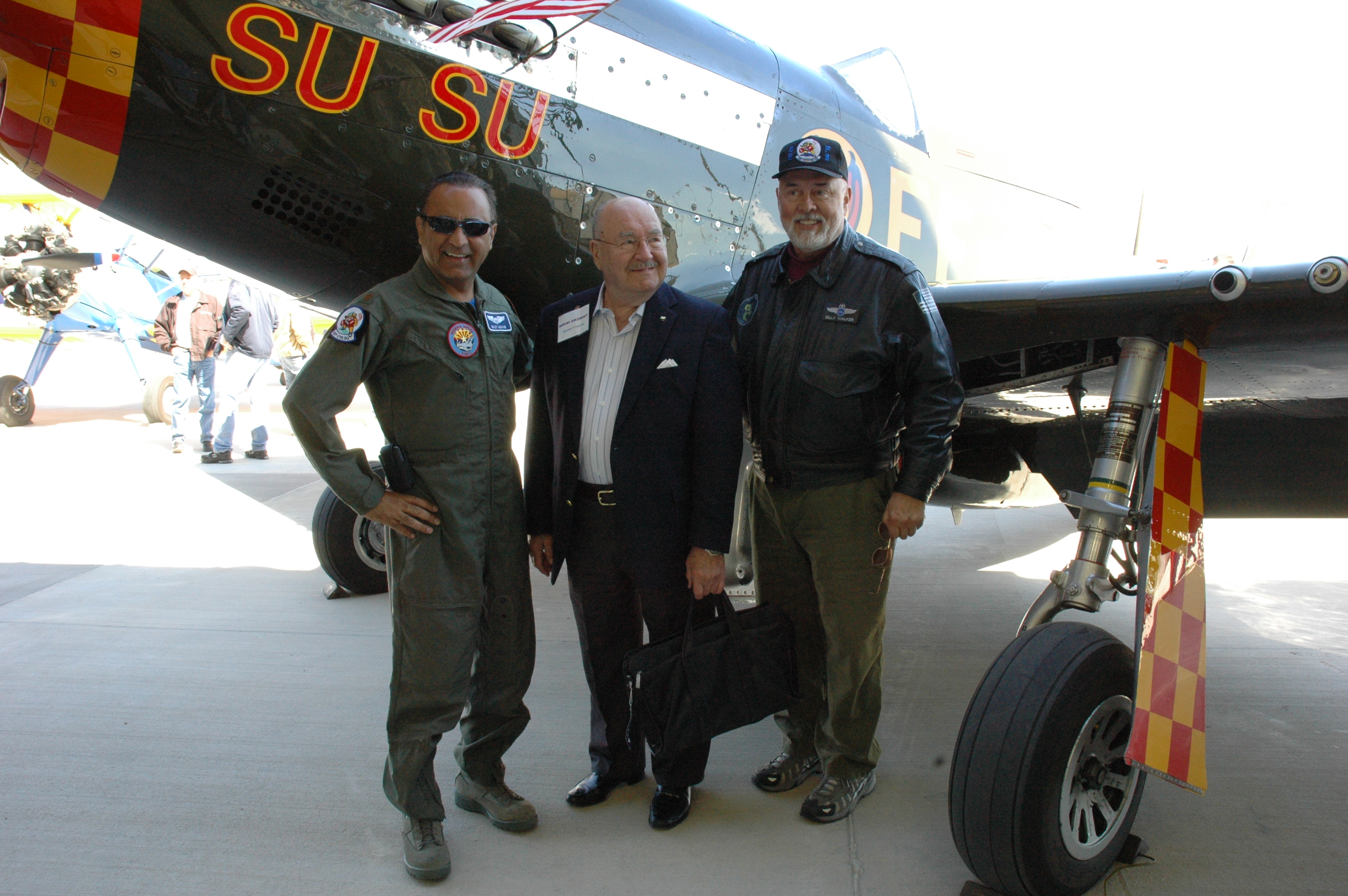 March 11, 2010
I need to make a comment in this regard.  Many, seemingly forever, have thought airplanes such as the P-51 “Torque Rolled” when you rammed the power on.  However, you can actually perform a takeoff in the P-51 with your feet flat on the floorboards!  The rudder trim is set to a nominal setting of, say 5,º perhaps a degree or two more depending on the rate the tail is raised.   With the brakes set, the power is set to 35″ manifold pressure.  Brakes are released then the power is pushed right up to 50″ .  Down the runway you go.    It is a function of proper control inputs.  Adverse yaw along with airspeed being too slow causes the airplane to roll over (flying with laminar flow wings and large control surfaces is another factor).  The biggest factor is gyroscopic precession which means the rate the tail is raised becomes of greatest importance.
Larry had told Nazy, emphatically, “that the Merlin engine does NOT produce enough torque to roll a properly controlled stock P-51D during a go-around. Wow, that statement should cause a reaction from those who yell, “Torque Roll” each time another of our friends loses control of their Mustang.”
Some have likened what happened at Oshkosh, when the P-51A Gerry Beck was flying struck Casey Odegaard in ‘Stang,’  to Nazy’s accident.  The two are unrelated in cause.
Gerry’s right wing got under Casey’s horizontal stabilizer.  Gerry tried to pull up which caused Casey’s Mustang to nose down. Here torque roll is not the issue.  Look at Gerry’s Mustang.  It’s turning right!  Two totally different situations.  The only way the two are related are that both were deadly events.
It was a very narrow escape for Casey.  A restored ‘Stang’ is presently in our Airbase Arizona museum.  It is made from the parts of TWENTY THREE Mustangs!
What happened to my pal Nazy was that when he landed at Stellar Airpark he skipped slightly.  We all knew Nazy sat too low in Su Sun (a mistake) and did not realize that, when he raised the nose expecting a three-point touch-down he was actually climbing.  In his effort to correct this he quickly raised the tail.  Gyroscopic Precession then forced him in a left turn off the runway.  He hit the fence tearing off part of his left wing ending upside down and backwards into Pratte’s hangar.😢 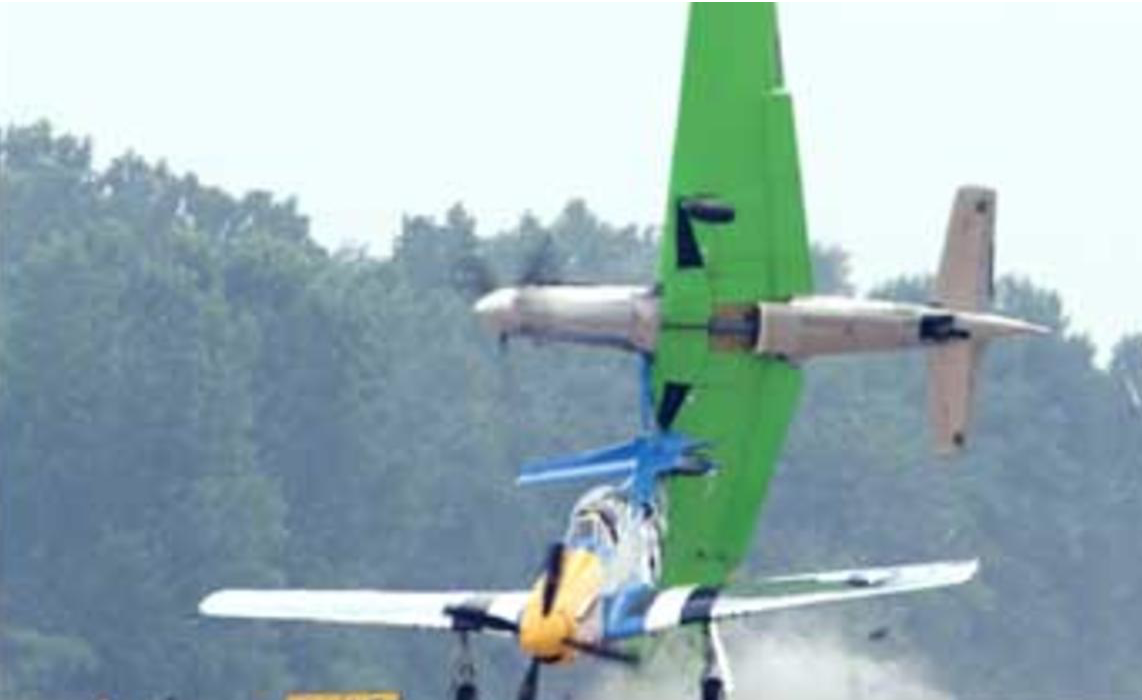 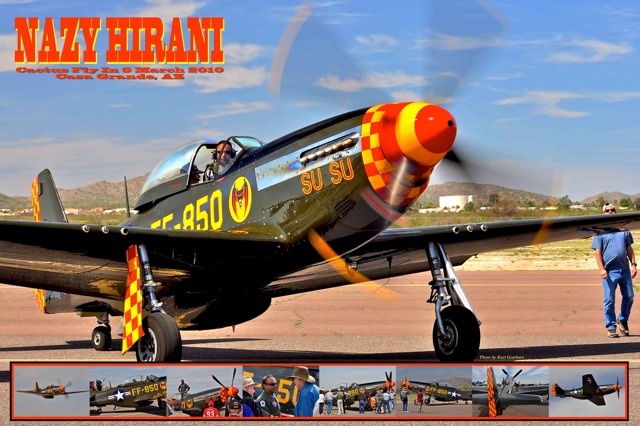