Felix Smith made it to a full century of life and five centuries of living! 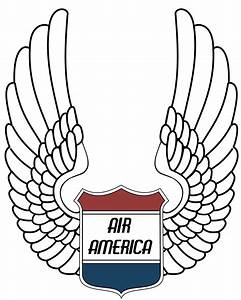 Felix Smith made it to a full century of life and five centuries of living!

The cause was complications of pneumonia, his nephew Geoffrey McLeod said.

Mr. Smith’s death, at a hospital, came the day before a reunion of fellow surviving members of the airline, Civil Air Transport. It had been scheduled in Milwaukee in his honor.

Civil Air Transport, which was later run by the C.I.A., was a back-channel carrier assembled in 1946 by former Lt. Gen. Claire L. Chennault of the Army Air Forces using surplus World War II planes and a supply and maintenance ship and recruiting pilots from the Flying Tigers, a volunteer World War II unit famed for its exploits in the skies over China. The airline’s aim was to undergird the Nationalist leader Chiang Kai-shek in the protracted civil war against the Communists.

The airline’s facade as a civilian commercial enterprise concealed Washington’s support for Chiang and for the mass evacuation of his followers from the Chinese mainland to Taiwan after he was defeated in 1949.

The airline also provided tactical assistance to the colonial French as early as 1950 in their war against the Viet Minh, the Communist-supported group seeking independence for Vietnam; helped airlift refugees fleeing North Vietnam after the French were vanquished in 1954 at Dien Bien Phu; and engaged in other clandestine operations in North Vietnam, Laos, Thailand and Indonesia.

In 1953, General Chennault acknowledged publicly that Civil Air Transport pilots, including Mr. Smith, were flying C-119 cargo planes to supply troops in Laos who were fighting the Viet Minh.

By contracting with Civil Air Transport, the United States government was spared embarrassment for engaging in surreptitious maneuvers and for offending countries, like postwar Japan, that were sensitive to America’s military presence.

Mr. Smith said that the carrier was sold to the United States government in 1950 by General Chennault and his fellow founder, Whiting Willauer, the former executive secretary of China Defense Supplies, a company that coordinated American aid during the Japanese siege of China in World War II. The C.I.A. then took control of it. (Mr. Willauer was later ambassador to Costa Rica and Honduras in the Eisenhower administration.)

“We provided hope to thousands of freedom-loving war refugees by flying them to Taipei,” Mr. Smith, as chairman of the Civil Air Transport Association, a nonprofit veterans group, wrote last year in describing the airline’s beginnings. (It was renamed Air America in 1959.)

“We rescued the Government’s Bank of China silver ingots,” he wrote. “And we had precluded a brain drain by supporting doomed cities until its city fathers arranged orderly departures to the island of Taiwan.”

The airline continued to operate until the mid-1970s, Mr. Smith continued, when “the fall of Saigon signaled the end of America’s largest and most cohesive Aerial Empire without a name.”

The pilots and others in the operation also remained largely nameless. In 1985, a bronze plaque honoring George A. Doole Jr., who founded a C.I.A. network of covert air operations, including Air America, was placed on a remote hanger at an airport built by the Central Intelligence Agency in the Arizona desert.

William J. Casey, a former C.I.A. director, once called the employees of the Civil Air Transport and other covertly owned airlines “secret soldiers of the Cold War.”

Mr. Smith and fellow members of the Civil Air Transport Association also prodded the government to recover the bodies of imprisoned and downed crew members and to honor them posthumously.

His memoir, “China Pilot: Flying for Chennault During the Cold War” (1995), begins with the epigraph: “For whom there were no bugler’s taps or names inscribed in stone. Their bones rest in alien ground unwet by tears.”

He was awarded the Distinguished Flying Cross and the Air Medal in 1993.

Felix Turney Smith was born on March 19, 1918, in Fort Smith, Ark., on the Oklahoma border, to Frederick Smith, an English-born high school music teacher, and Marie Antoinette Turney, an immigrant from Ukraine when it was part of Imperial Russia.

“My father didn’t like airplanes,” Mr. Smith wrote in his memoir; his father suggested that Felix instead become “a fireman or a policeman, a job with a pension.”

Mr. Smith was rejected for pilot training by an Army doctor because of his eyesight but appealed to his draft board. (“Appeal?” the board chairman asked incredulously. “That’s for guys who’re trying to stay out.”)

The doctor’s verdict was reversed, and Mr. Smith joined the Army air unit’s reserve. While he was waiting for further flight training, he was hired by the China National Aviation Corporation to fly a treacherous mountain trajectory over what was known as the Hump, in the eastern Himalayans, to resupply the Chinese war effort against Japan. He also served in the merchant marine. He joined Civil Air Transport after the war.

After 1975, he was a pilot for Japan Airlines and director of operations for South Pacific Island Airways, based in Hawaii. He married Junko Kanna, the granddaughter of the last ruler of the Ryukyu kingdom on Okinawa, Japan. She survives him, along with his sister, Nancy Alice Smith Wright.

General Chennault died in 1958 at 67. His wife, the Chinese Nationalist lobbyist Anna Chennault, died in April at 94.

Dr. Patricia F. Walker, the daughter of Capt. Frederick Walker, a chief pilot for Air America, said that Mr. Smith, as custodian of the airline’s history, “embodies the African proverb: ‘When an old man dies, a library burns down.’”

A version of this article appears in print on Oct. 17, 2018, on Page B15 of the New York edition with the headline: Felix Smith, Who Flew Covert Missions in Asia In Cold War, Dies at 100.